I got thinking about the shoes I run in during this evenings run. For over a year now I have been running in Asics Gel Tarthers, not the same pair - I am now on my fourth pair, although still rotating through all the old ones. They are difficult to source as they are primarily produced for the Japanese market. My initial attraction to them was their relative light weight - this is what the sales blurb says:
"This is the first unchanged Japanese racing flat to be introduced to Europe. Designed for increased durability, provide superb grip and responsiveness, this features an improved version of the renowned Duosole outsole, offering maximum traction and flexibility without the extra weight of other outsoles"
Because of their grip I tend to make a distinctive slapping sound when my mid-foot strike hits the ground, giving the impression that I am landing very hard. Everyone that knows me can hear me coming a mile off - not the best when you are trying to creep up on someone in a race. Apart from that they have served me very well and despite their "racing flat" title I have pushed the boundary with them a little bit and they have not let me down.
That's what got me thinking about them in the first place as it is time to retire my first pair, which are beginning to put a bit of strain on my calves when I run in them. While I don't know how many miles they have on the clock I know it's at least 100 as it was this time last year that I ran in them in what remains the longest distance I have ever run in a single event - the Connemara 100. While common sense would have suggested that 5k/10k racing shoes were not at all suitable for running 100 miles, I ignored it as the shoes never caused me any difficulty in long runs up to marathon distance and if I was to always heed what common sense suggested (which my Missus has a lot of ;-) I would never have signed up for the race in the first place.
This is what attracted me to ultra running in the first place - pushing the boundaries of what is considered possible or normal. When I started running I though the marathon was the ultimate limit, beyond the boundary of what was physically possible - after all we were told that we had to go through (or more likely hit) "the wall" before we got to the finish line and sure enough I hit the wall on my very first marathon, said "never again" for about a week and came back for some more punishment six months later. I had never heard of ultra running, I though I had reached the boundary of human endeavour and spent the next few years pushing at the only running boundary I knew  - the PB.
When I eventually did push the distance boundary (Connemara 39.3 in April 2010) I thought that was it, I could never even contemplate running another mile, let alone the 11 that would take me up to 50 miles. I had read race reports of guys running 100 miles and how they were destroyed after them and though that was way out of my league - funny how when we break boundaries we end up setting new ones. I remember when Thomas suggested the day after Connemara 100 last year that I should go for the Belfast 24 hour this year, thinking
"yeah but that's nearly another 8 hours longer than I had run in Connemara and I was pretty beat up by the end of that"
BTW that boundary has been reset and was not the reason why I did not go for the Belfast 24 hour this year. My new boundary is
"how can guys (and gals) run multi-day events. I mean my legs were trashed the day after Connemara. I could hardly walk let alone run - that's way out of my league"
I'm not saying that I will ever push through these boundaries but I know that it would be better if they were not there to begin with,  taking me back to a time when I was 7 or 8 and knew noting of boundaries but only of the limitless possibilities that were out there. What a wonderful world that was.
Here's to removing all boundaries..................................
and the best of luck to all those running Connemara tomorrow, Wish I was there. 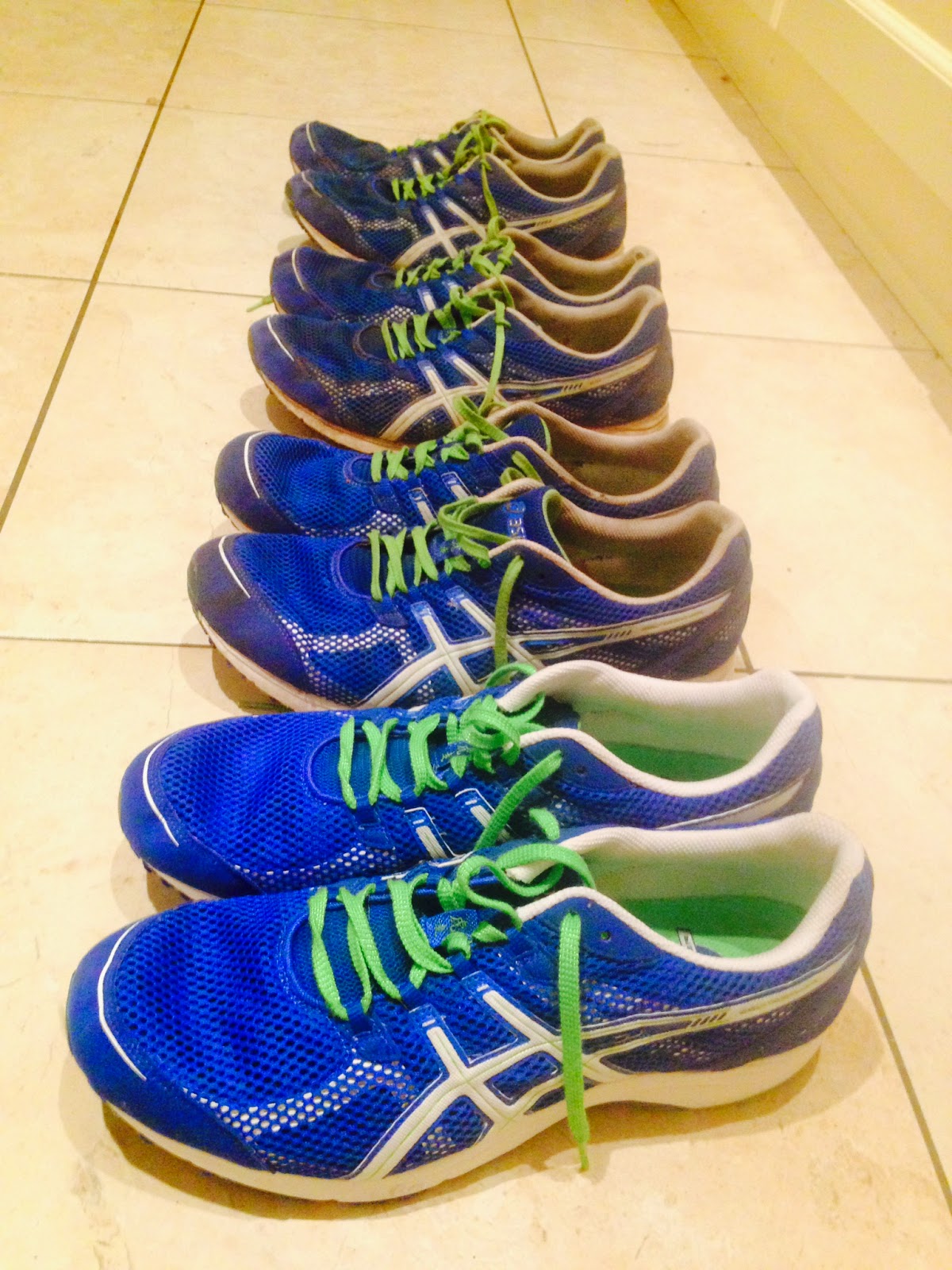